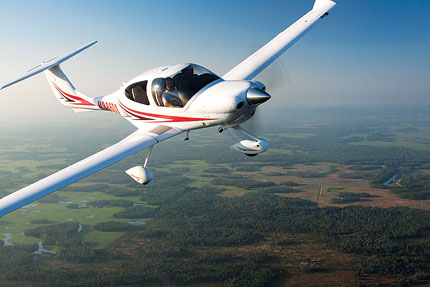 Pilot and passengers enter the DA40 via the leading edge of the wing,The aircraft’s nosewheel is free-castoring and directional control while taxiing is by mainwheel differential braking.DA40s are produced at Diamond’s aircraft factories in Wiener Neustadt, Austria and in London, Ontario, Canada.

We operate x 2 DA40 aircraft  being used for Air charter services and for training pilots.