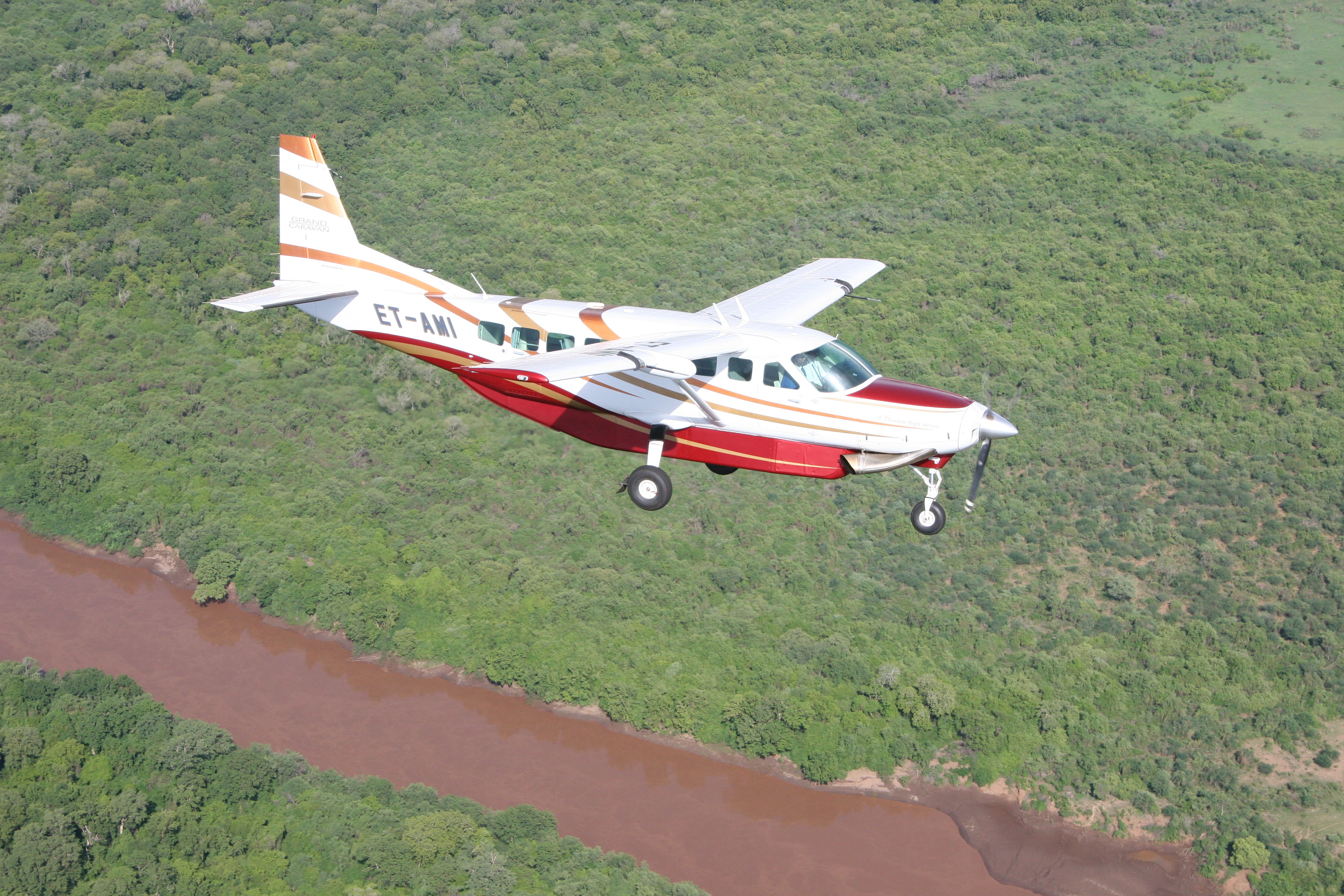 The Cessna 208 Caravan is an American single-engined turboprop, fixed-tricycle landing gear, short-haul regional airliner and utility aircraft that is built by Cessna.

The Cessna 208 is a high-wing braced cabin monoplane powered by a single Pratt & Whitney Canada PT6A turboprop in tractor configuration. The cabin has room for nine passengers and two crew when used as a passenger aircraft with four doors: one for each crew member, an airstair door on the right side of the cabin and a cargo door on the left. The aircraft can be optionally fitted with an underslung cargo pod.

The basic 208 airframe has a fixed tricycle landing gear but can also be fitted with various types of landing gear, allowing it to operate in a wide variety of environments. Some common adaptations include floats with retractable landing gear on the Caravan Amphibian model and skis.

208B Grand Caravan in the Netherlands, modified with roller door for parachuting operations; skydivers sitting on the cabin floor are visible inside the rear roller door.

The Caravan interior can be outfitted with seats or as a cargo compartment. The standard high-density airline configuration has four rows of 1-2 seating behind the two seats in the cockpit. This variant is capable of holding up to thirteen passengers, although it is marketed as being able to make a profit carrying just four. The cabin can be configured in a low density passenger configuration, with 1-1 seating, as a combination of passengers and cargo, or as a strictly cargo aircraft. Many variants include an underbelly cargo pod, which can be used for additional freight capacity, or for passenger baggage. A number of Caravans are operated as skydiving aircraft with the left-side cargo hatch converted to a roll-up door.